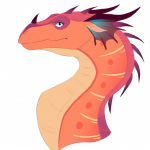 Hi. Just to let you know, if you are rude you are going to be ignored. If you are against the rules, you will be reported. Other than that, Hi. Feel free to invite me to rps.

LGBT Supporter Being Lesbian, Gay, Trans, Bi, Pan, Asexual and plus is fine! There's no shame in it! If this is on your page, you are proud to be one of these or you simply support LGBT! To add this to your page put {{LGBT+ Supporter}} to show you should not flee if someone is LGBT!

Some people believe that the FANDOM Users should leave, but not everybody! Sure, some of them aren't great, but some are just WOF fans who can't have accounts!

Put this on your profile to show your{{FU Support}}!