Student at the NightWing school

"Why haven't you taught us that?"

Morrowwatcher was a NightWing dragonet of unknown gender who Clearsight met in the seer class in the Tower of Knowledge, on her first day at the NightWing school. They were a student of Allknowing, Queen Vigilance's top seer, attending her advanced seer class, along with Jewel-eyes and Vision.

Morrowwatcher was attending the seer class Clearsight flew into early on in Darkstalker (Legends). Morrowwatcher, along with the other students, was surprised to hear of Clearsight’s special seer abilities.

"Why haven't you taught us that?" - To Allknowing 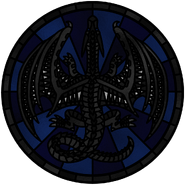 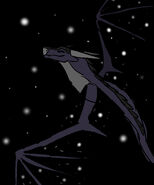