Skyfire is glittering[3] and scorched-looking black with flecks of silver and otherworldly metals.[4]

Onyx kept a piece of skyfire in an amulet around her neck, claiming that the skyfire had fallen out of the sky and burnt a hole through her mother's head.

Turtle said that he found a large piece of skyfire that fell into the ocean while he was swimming. Some small pieces broke off of it and Turtle had them placed into a golden armband. Towards the end of the book, Moonwatcher asked Turtle to remove some of the pieces and give them to Qibli and Kinkajou as a gift so that they could keep their thoughts private.

Moon told Turtle to give Winter one of the rocks so that it could shield Winter's thoughts as well.

Part of the reason why Moon decides to tell Peril about her powers is because Peril can't have skyfire, as it would burn from her firescales.

While Anemone is casting a spell on Kinkajou's skyfire to heal her injuries and make her love Turtle as much as he loved her, Turtle cast a spell on it at the same time to protect Kinkajou from Darkstalker.

Skyfire on the cover of The Brightest Night, by Joy Ang 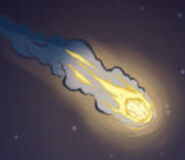 Skyfire on the cover of The Brightest Night (graphic novel), by Mike Holmes 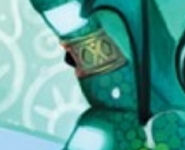